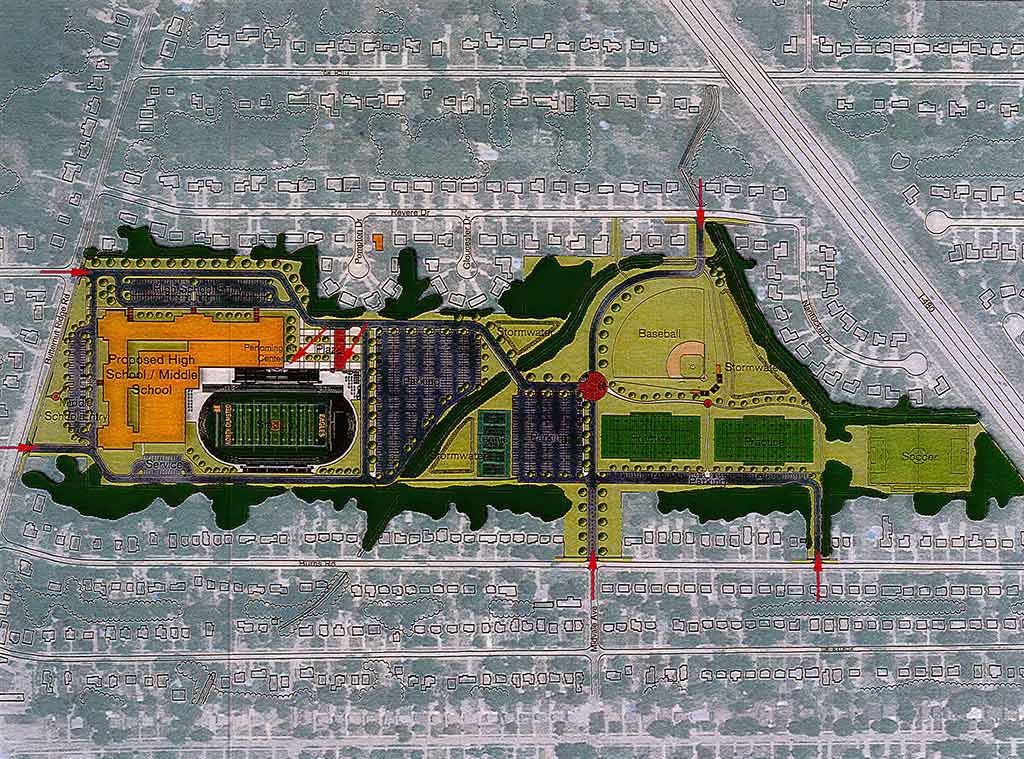 2015 is a year of opportunity for the City of North Olmsted in many ways. The City’s 10-year Master Plan was recently adopted by City Council after significant community input, and planning and improvements for parks and recreation, infrastructure and storm water management are well underway. But 2015 is more than just a year when plans are made for some boldly envisioned but unknown future. There is no question of what if… Instead, there is the reality that change is happening, it’s real, and it’s happening now.

The North Olmsted City Schools 6-12 campus project is undoubtedly the leader of the pack for projects that will have an enormous positive impact on the community. In November 2014, voters approved an $80 million bond issue, which will leverage an additional $10 million in state funding to replace the existing Middle School and High School with a grades 6-12 campus complete with athletic facilities and a performing arts center.

The district has selected Then Design Architecture (TDA) to lead design efforts for the project. Zalar cited TDA’s experience and specialization in K-12 facilities. “They will provide tremendous value to the community,” he said. “They impressed us with a number of innovative design plans.” Zalar also noted the district is in the process of hiring a construction manager to round out the project team.

The current concept plan shows the bulk of the new school facilities in the general location of the current Middle School, which is expected to be demolished this autumn. Parking, tennis courts and various athletic fields are shown south of the creek. Storm water retention will also be added to the site to address flooding concerns.

The new campus will provide the necessary environment for high quality 21st century learning. Zalar said the facilities will complement what are already first class teaching and educational programs within the district. He listed other anticipated community benefits of the project, including attracting new families, raising property values, reducing flooding, and encouraging new businesses which will increase tax revenues and visitor spending. “This is a transformational plan,” said Zalar.

Design of the facility will take about one year and construction will take approximately two years. The building should be completed and ready for the 2018-2019 school year. For the interim, the district is now finalizing plans to relocate middle school classes.

Watch a video of the proposed site development by Then Design Architecture: