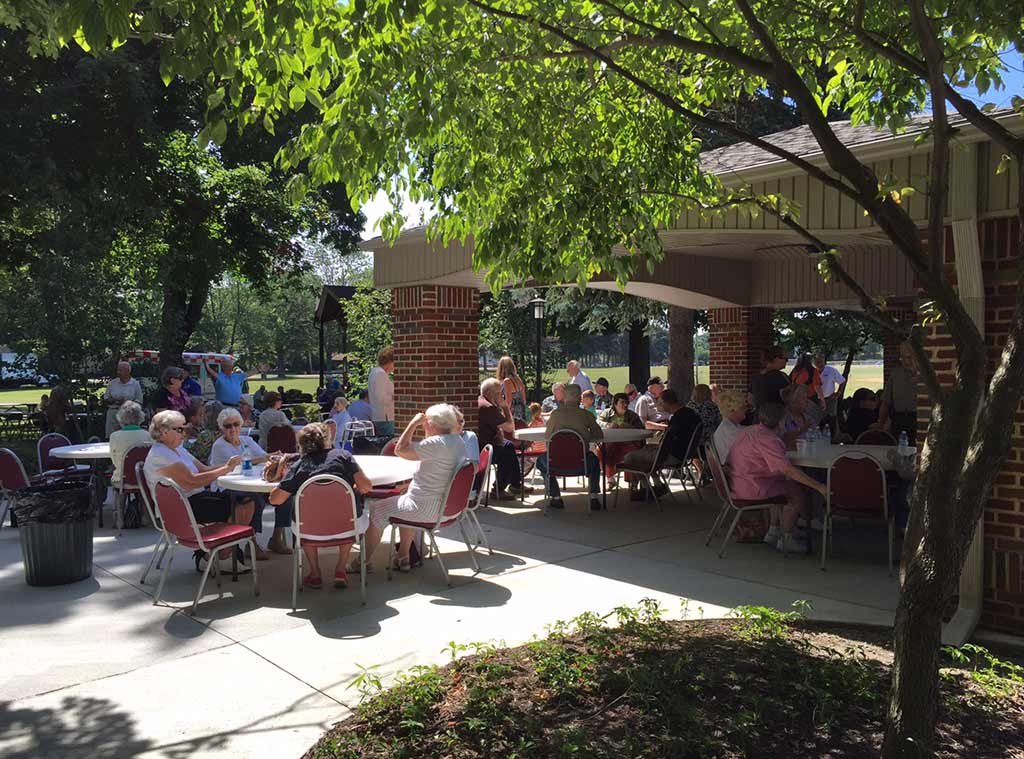 On August 7, 2015, the North Olmsted Senior Center celebrated its 35th anniversary. By way of history, the North Olmsted Senior Center was originally established in a storefront at Great Northern Plazas in 1977. A few years later, Human Resources Director Don Copeland applied for funds through various sources for capital construction and outfitting the new space with needed furnishings. In 1980 a CDBG grant was used to construct the building we know today, connected to the Community Cabin in North Olmsted Park.

Senior Center Administrator Jackie Chavez-Anderson said initially the change wasn’t so popular. “At the time, the seniors weren’t sure they wanted the facility to be in the park. Nowadays, they would hate to see it moved anywhere else,” she said.

The location next to the Community Cabin had certain advantages, especially with growth in programming and attendance. “We took over the daytime use of the Community Cabin, as well, so we can use it for the hot lunch program, exercise classes, lectures, and outreach programs,” explained Chavez-Anderson. The Cabin is rented to community groups and the general public on evenings and weekends.

Over the years, the city administration and Senior Center staff have continued to pursue projects to improve the building and provide a better experience for guests to the Center. One project had a few unexpected troubles, partly thanks to Mother Nature. A roofing project in the summer of 2013 coincided with too many days of heavy rain, causing water damage to the inside of the building. But Chavez-Anderson was quick to point out the upside. “Out of a bad thing came a lot of good. The silver lining was that we got brand new carpet and furniture and this place looks brand new.”

The most recent improvement to the Senior Center was the addition of a partially covered patio on the east side of the building nearest the playground. That project was just completed in 2014, though it was an idea for far longer.

“When I started working at the senior center in 1999, I envisioned a great outdoor space that could tie in our programming to a great park setting,” said Chavez-Anderson. “We’ve had chair yoga and picnics outdoors. We even have a raised flower and herb garden so the seniors can easily tend to the plants.”

Chavez-Anderson sees great promise in these investments to the building and believes they show North Olmsted’s strong commitment to its senior population. “We have the chance to move forward, and there’s no stopping us!”

“It’s not just the building. We love the staff here!”

“I wonder if people know how fortunate we are to have one of the best senior centers around.” 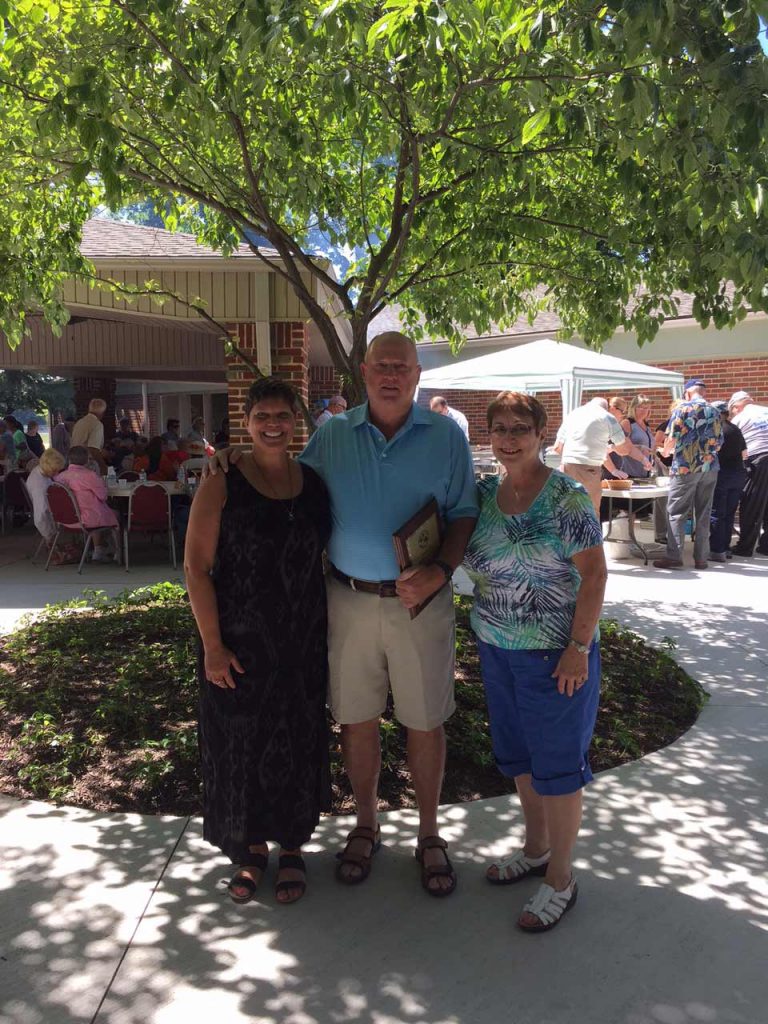