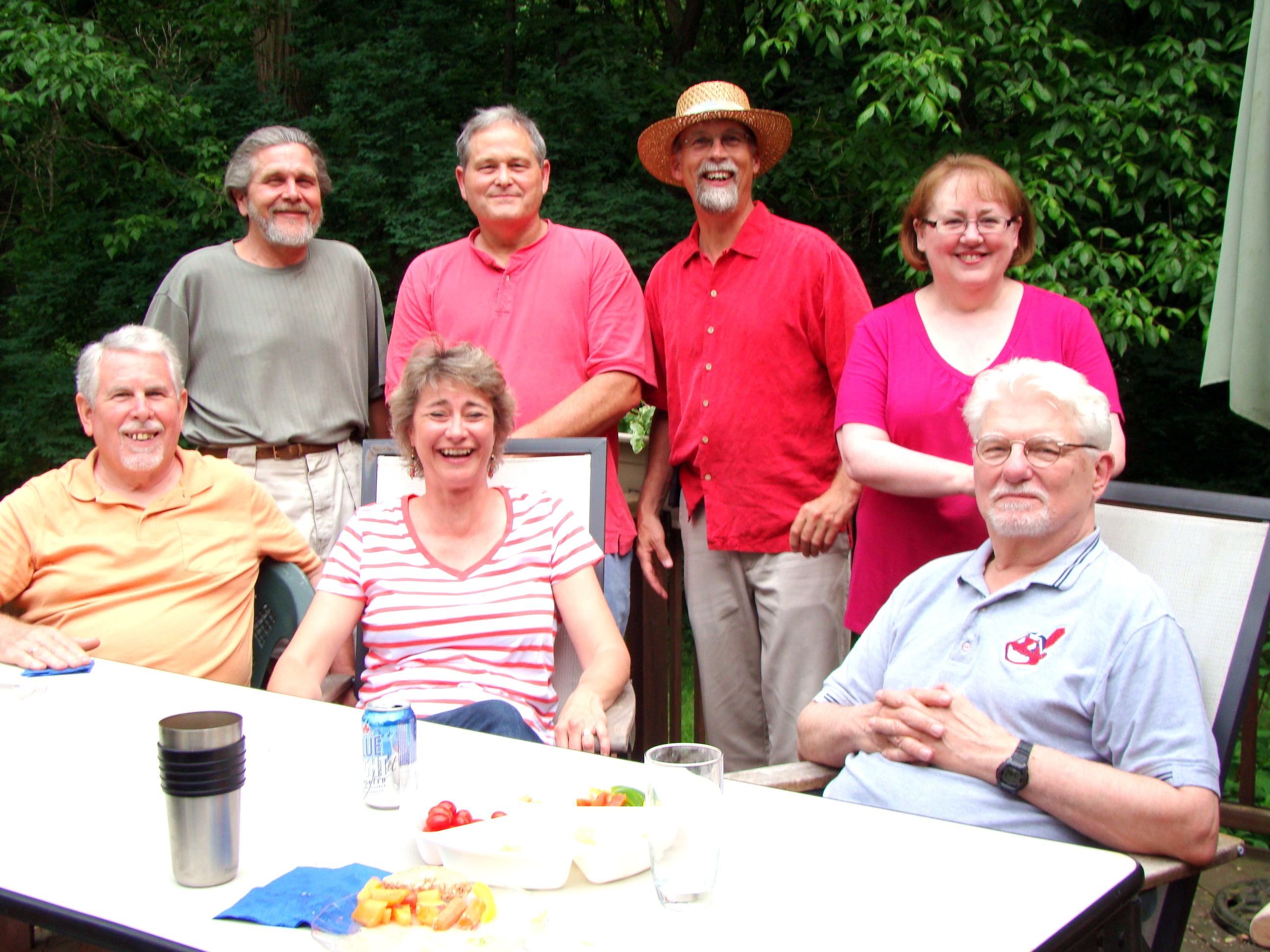 North Olmsted has long been a community tied to deep historical roots, and few people are more familiar with this history than Dale Thomas.

A longtime resident and member of the Olmsted Historical Society, Dale and his wife Lea have held a steady interest in local historic preservation efforts since his retirement 18 years ago. Prior to his involvement in North Olmsted, Dale created location surveys for a title company before serving for nearly two years in a combat engineer battalion. Says Dale: “When drafted, the Army saw my background in surveying and after boot camp sent me to Headquarters Company of the 86th Engineer Battalion, which constructed tank ranges, landing strips, and similar infrastructure.” Dale spent most of his time at Fort Dix, NJ and Camp Drum, NY performing his duties. Interestingly, Dale missed being deployed for two pivotal events in US history: the Vietnam conflict and the Cuban Missile Crisis in October of 1962. “My battalion was put on alert for transfer from Ft. Dix, NJ to Florida in preparation to invade Cuba,” he said. “Luckily the crisis ended.”

Following his departure from the Army, Dale used the G.I. Bill to pursue degrees in education, earning a bachelor’s degree from Kent State University and a master’s degree from Case Western Reserve University. According to Dale, “I was looking to start a career after the Service, and respected my wife’s career in teaching, so I gave it a shot! She initially thought I was too hesitant to work with kids, but I came around.” Dale spent 31 years teaching grades 9-12 for Bay Village City Schools, focusing primarily in (you guessed it!) U.S. history, geography, economics, and political studies. In addition to the many fond memories of students throughout his career, Dale points to a few notable students that may be familiar to Northeast Ohio audiences: “I remember (actress) Patricia Heaton in class, she was a bright student. (Plain Dealer columnist) Dennis Manoloff was another one who liked to crack jokes.”

Following his retirement from teaching in 1999, Dale found time to put his passion for history to good use as he joined the ranks of the Olmsted Historical Society and served a stint on the North Olmsted Landmarks Commission. Lea and Dale were stewards of the Jenkins Cabin at Frostville for a number of years. Besides being the current archivist, he helped arrange the Military Room and served four years as vice president. Lea has worked with SITES students transcribing archival files. Son Geoffrey is also a member of the Society.
Along with Jim and Cindy Lentz, Lea has been actively involved in hosting weddings at Frostville Church. When asked about a unique memory involving Frostville, Dale recalls a wedding where the groom’s family traveled from South Africa to North Olmsted. In keeping with their Scottish heritage, the groom and groomsmen donned ceremonial kilts. “You’ll probably never see a more eccentric wedding than that ceremony,” said Dale, “a South African-Scottish wedding, right here in North Olmsted!”

In his spare time Dale has also authored several books covering local history, including Images of America: North Olmsted, Olmsted (Then and Now), Civil War Soldiers of Greater Cleveland and his upcoming book Images of America: Cleveland in World War I. The first chapter deals with nurse Helen Briggs Elliott of North Olmsted. He also has served as a consultant for the Western Reserve Historical Society and historian for the Cleveland Civil War Roundtable. He encourages anyone with an interest in history to find a local historical society and get involved, as there is always work to be done. Olmsted Historical Society meets regularly year-round, and meetings are posted to its website.