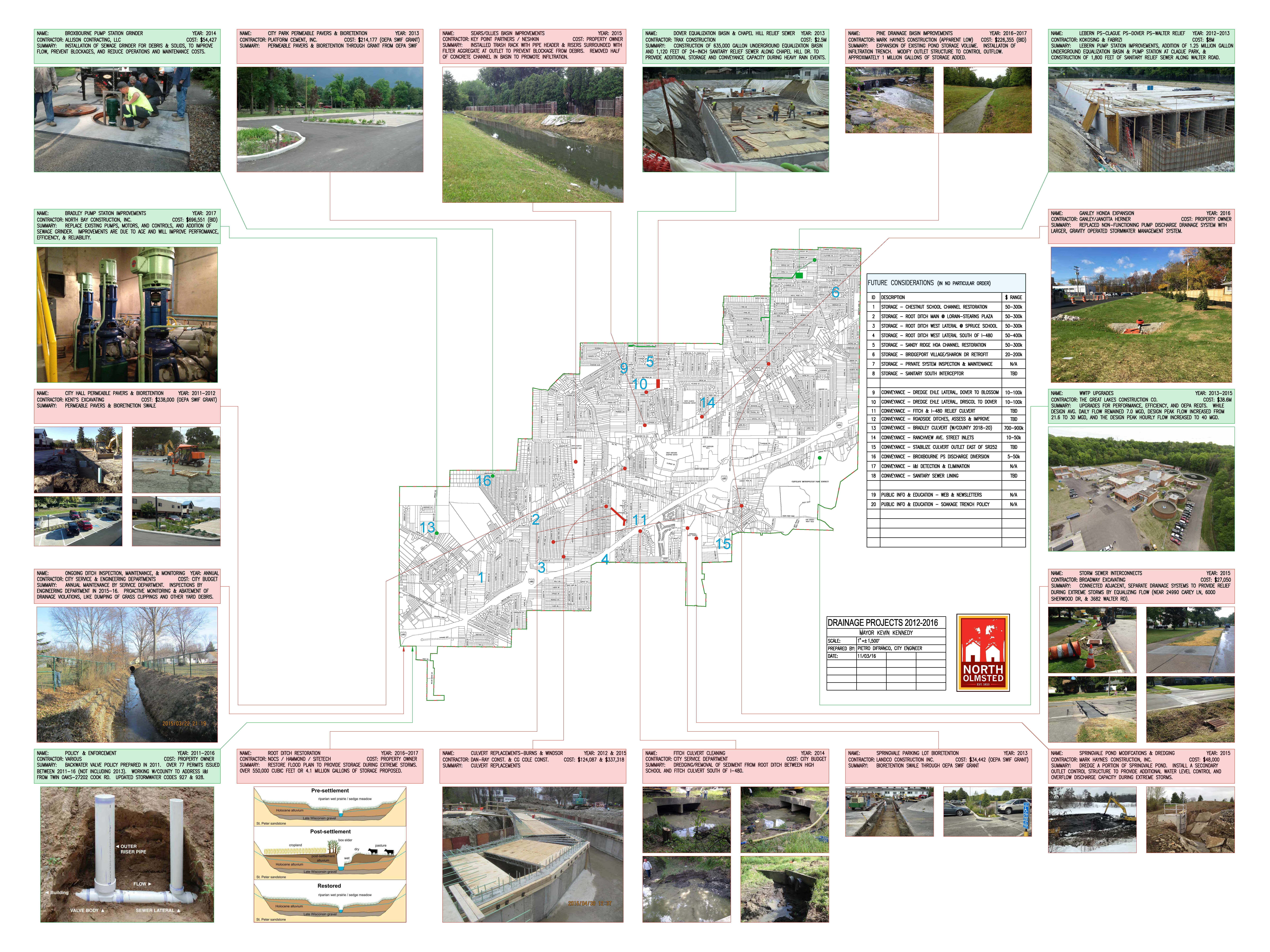 Mayor Kevin Kennedy’s administration recently released an overview of projects and initiatives the city has undertaken to improve North Olmsted’s drainage system. The exhibit documents a wide range of both storm water and sanitary system projects that, in combination, have reduced instances of flooding in the city after major storm events.

City Engineer Pete DiFranco made a presentation to the Environmental Control Committee of City Council on Wednesday, November 9th in which he highlighted key accomplishments. DiFranco described the approach to tackle the issue of storm water management as “a wide range of effort, with projects large and small, public and private, new improvements and retrofits along with ongoing maintenance efforts.”

Even small individual property improvements benefit the overall system. A policy adopted in 2011 resulted in North Olmsted residents pulling an estimated 100 permits to install backwater valves at their homes. “It shows that our residents are cooperating by also taking steps to protect their property,” said DiFranco.

Ongoing ditch inspection, routine maintenance and monitoring is also part of the effort. Waste Water Treatment Plant Superintendent Brian Blum said that all of the major ditches and conveyance channels in the city have been inspected at least twice in 2016, with maintenance performed as needed. Director of Public Safety and Service Don Glauner added that city crews are working well ahead of the tasks outlined in their five-year improvement plan.

Other capital improvements have been programmed for the near future. Contracts have been awarded for both Bradley pump station improvements and drainage improvements at Pine School. The Pine project will add one million gallons of storm water storage which will benefit the surrounding residential neighborhoods. The project is expected to start in December 2016.

The Kennedy administration continues to explore options for improving storm water management and sewer infrastructure across the city. Some of the projects under consideration are included in the accompanying exhibit.