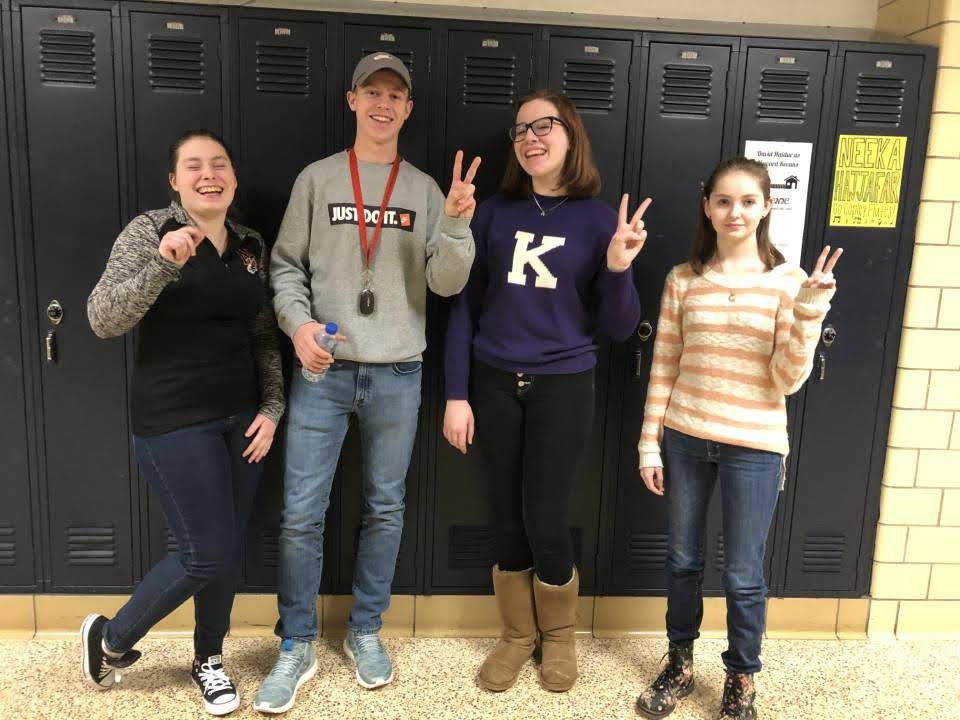 At North Olmsted High School, there is a rich culture of athletics, clubs and other extracurricular groups. Clubs and sports offer students an opportunity to try something new, to showcase their talents or to be a part of a community. Like many American high schools, North Olmsted’s extracurricular atmosphere is dominated by athletics. Sports are an excellent way to get involved and to show school spirit, and so often they steal the limelight when it comes to community recognition. An unfortunate side effect to this ubiquitous fact of high school is that many clubs and lesser known groups are left in obscurity, with citizens not knowing of their existence. One such group is the North Olmsted Academic Team.

In Academic Team, students pit their knowledge and wits against others in a competition akin to the classic game show, Jeopardy. Questions range from Shakespearean literature to atomic theory, topics from mathematics to European history, with some requiring computation or quick critical thinking. The team meets every Friday, honing their reaction time and adding to their increasingly large stockpiles of facts and information with a buzzer system that allows them to simulate a competitive atmosphere in the classroom. The current staff advisers of the Academic Team–Michael Arnold and Cynthia Bier–act as the Alex Trebek to the student’s contestant, giving the questions in the form of answers that the student must answer.

“I know it sounds cliché,” says junior student Sydney Bates, “but it really is kind’ve like a family, a little nerd herd.” The 2018-2019 school year is the first year that Sydney has participated in Academic Team, an experience she says she fell upon because of the invitation of a friend. In a school where sports are often the go-to extracurricular activities, students find their way to clubs when someone they know is already involved. “You want the real answer why I joined Academic Team? My friend dragged me there,” Sydney laughed upon being asked her motive for joining. “It’s hard to explain exactly why I like it, it’s just a really good experience, even if I’m not the best out there.”

Often there is crossover between what students have learned during their academic careers and what they are asked in competition. That obscure Greek god you learned in ninth grade English class? It just might come up! A question on the number of valence electrons in a sodium atom? It looks like honors chemistry was useful after all. The experience is rewarding for those students who have an effective memory, one that absorbs tiny details that might slip past others.

All this practice and mental exercise isn’t just for passing the time. At least once a month, the team participates in a Saturday competition where they face off against other high school teams in the area. Three students make up a team, with one manning their buzzer and the others ready to provide the answer to whatever may come from the host. Visiting one of their meetings, I was able to get a feel for the type of atmosphere created by these competitions. Mentally on the edge of their seats, students’ hands hover over their buzzer, ready any instant to activate it. Often times the teachers are not able to get through the entire question before a pair of eyes and accompanying signal light up in recognition. The brain is lightning fast when prompted, eager to blurt out the answer it’s been keeping for just such an occasion. Waiting for that one question you know you can nail is a thrilling experience, as I learned by participating in the team’s practice. Training the brain in this fashion quickens reaction time and sharpens the pathways that connect question to answer, helping already capable students to further prepare for competition.

Entertaining and exciting, the Academic Team is an excellent choice for anyone with a knack for trivia. The knowledge of these students is just as impressive as the physical prowess of an athlete, both possessing a talent that distinguishes them as accomplished. Although the goal of these groups is not recognition, they are indeed worthy of their share. Academic Team shows that students are capable of showing their proficiency in more than just athletic ventures.