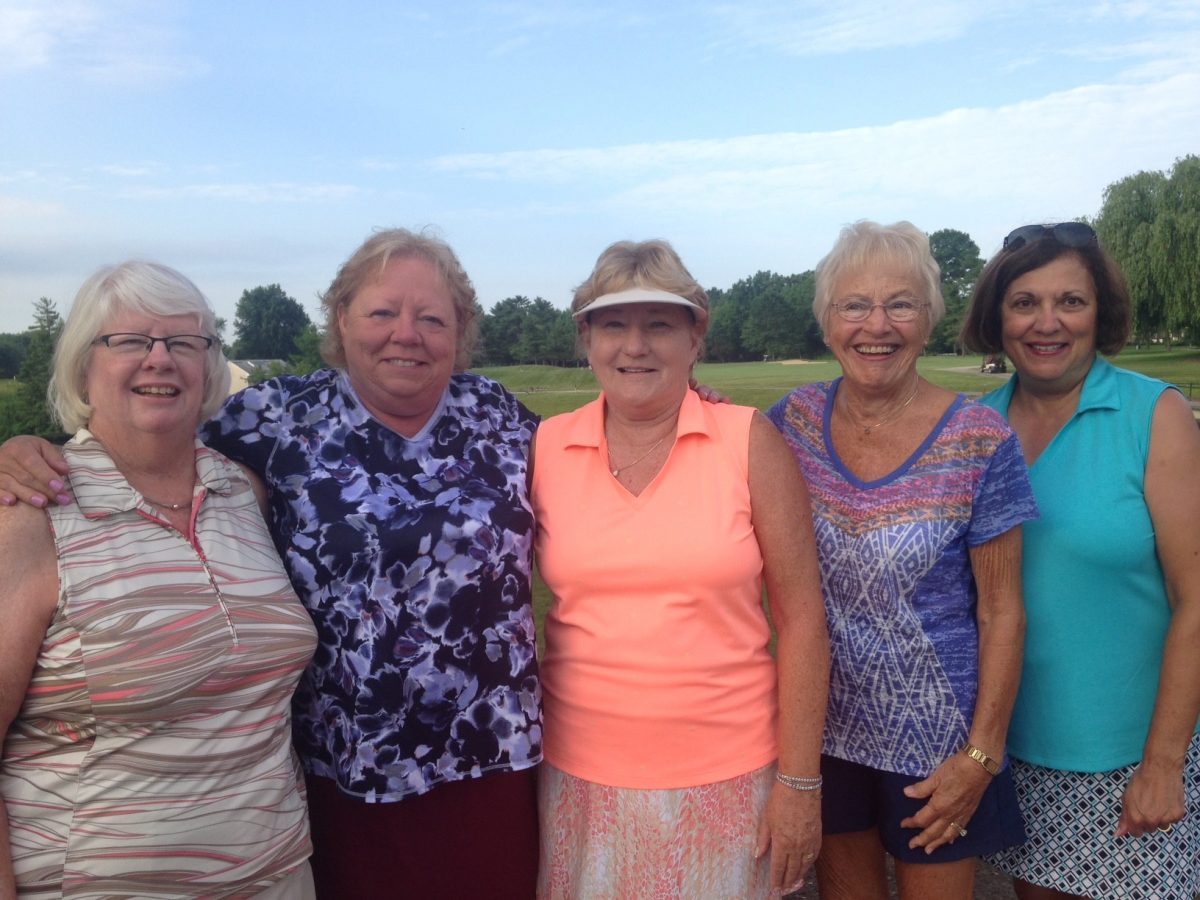 We “swung” by Springvale Golf Course & Ballroom to chat with members of Springvale Women’s Golf Association and learn more about their long-running league.

From its founding in 1928 as a five-hole golf course to the current layout as a modern 18-hole course, Springvale Golf Course has remained a gathering place for golf enthusiasts and casual golfers alike by hosting numerous tournaments, leagues and events. The 7:52 AM tee time every Tuesday during open season is home to one group in particular, the Springvale Women’s Golf Association.

Created in 1957 by Mary Carroll, the Springvale Women’s Golf Association was initially comprised of 77 members who met for a weekly round of golf and camaraderie. Intent on being more than a casual group of friends and colleagues, the Women’s Golf Association was formed as an official organization with the intent to promote friendly and fair competition under the rules and regulations of the United States Golf Association. “Our association has regularly organized various tournaments, events and luncheons since its founding,” said longtime member and USGA Rules Committee Chair Gayle Nowakowski. “We still organize weekly post-round meetings to go over upcoming events and rule updates, monthly luncheons and some fun games and challenges to keep things fresh for our members.” The Springvale league runs from early May through the end of August and is currently an official member of the Suburban Ladies Golf Association.

While not at the original membership level, the association still has a full roster of golfers; current membership for the 2019 season is listed at 42 golfers, including ten 9-hole members. “We want to encourage as many members as possible to participate however they can, so we try to be as accommodating as possible with our course options to accommodate members who are short on time or need an easier round,” says Gayle. “Scheduling usually isn’t as much of a problem for our more seasoned members, but we understand that our younger golfers often don’t have that same flexibility on weekday mornings.”

The longest active member is Faye Habart, one of the very first members when Mary Carroll formed the league. In addition to being club champion several times, Faye has also served on the board many times in various capacities throughout the years. Other notable longtime members are Barb Stroemple, Faye’s daughter who also served as Association President in 1984 and 2002-2005, and Gayle Nowakowski.

Now entering their 62nd year as an organization, many of the tenured members still have a special fondness for their home course. “The course improvements over the past several years since the city took over have been great,” says member and Tournament Chairperson Tammy Moore. “Combine that with the great playing conditions, reasonable prices for greens fees and the professional and courteous staff, and you see why Springvale is a great course to call home.”

For information on how to get involved with the Springvale Women’s Golf Association, please contact Membership Chair Jan Weisbarth at bjw231@aol.com.