Office of the Mayor

Born in Cleveland, and raised in Parma, Dailey Jones and her husband, Daniel, have been residents of North Olmsted since 2002, and are the parents of five children.

She regularly volunteers with the PTA, Girl Scouts and Scouts BSA, and is active in St. Clarence Catholic Church.

Jones, 43, holds a Bachelor’s Degree in Political Science, Government and International Studies from Ohio Wesleyan University, and is a 1996 graduate of Parma Senior High School.

A North Olmsted resident since 2002, Dailey Jones has more than 20 years’ experience in municipal, county and federal government, including work as a Congressional Aide to Democratic U.S. Representative Marcy Kaptur.

She began her North Olmsted political career as Ward 3 Council Representative, and was appointed Council President in 2013. 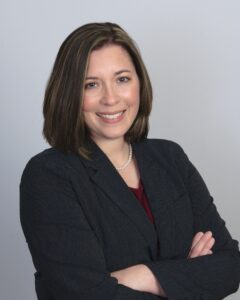